October 20, 2015
This year was our second proper attempt at growing our own tomatoes. I do think it's well worth all the effort you're putting into it. They do taste different, you know that they're free of any pesticides etc. not to mention that a tomato plant looks rather pretty in the garden - first flowering and then decorated with all those colourful spheres full of flavour and that amazing scent! 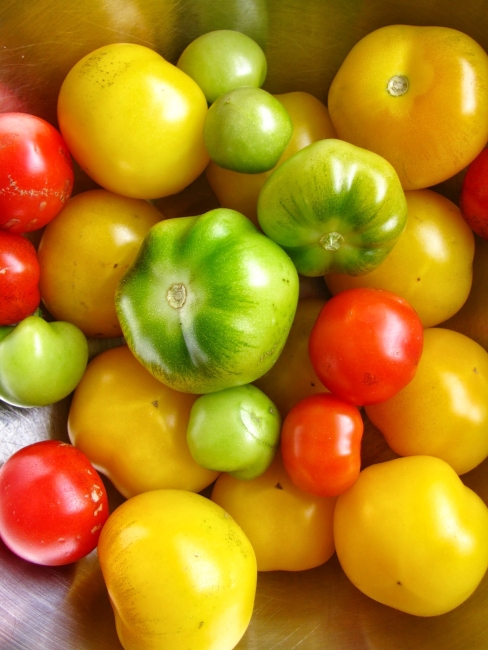 This year was rather hard for growing your own in Ireland, and not only tomatoes. The summer was cold, cloudy and with a lot of rain. As a result of this "amazing" Irish summer, all our fruit were rather late and there wasn't much of it either - raspberries, blueberries, blackcurrant and the same happened with the tomatoes. 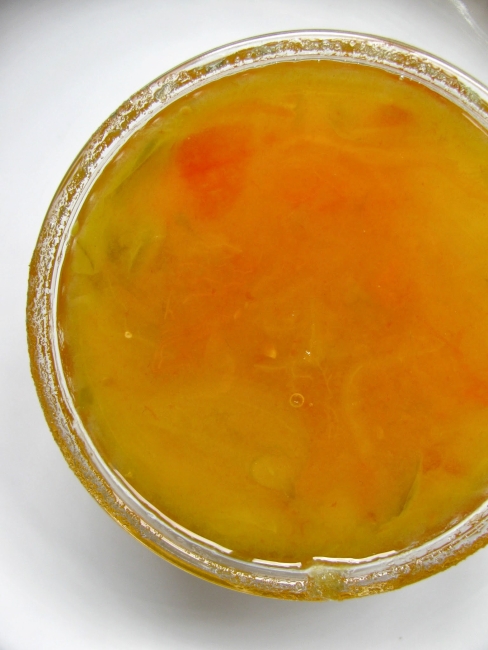 Between quite bad summer and already very cold, frosty nights, they didn't have a chance to fully ripen.... Still, we had quite a lot on our two tomato plants, and I would hate wasting them. My initial thought was to make some kind of a pickle, something sour, but then I remembered a green tomato jam that I have tasted in France, over 3 years ago.
So it was decided, the tomatoes were picked in the evening and left on the kitchen counter, only for me to find them in the morning and have a rather big surprise, as overnight with the warmth in the house, they have turned from nice green to bright yellow (the red ones on the photo are from the shop). 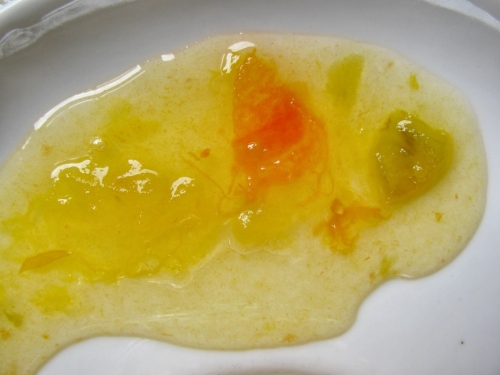 Plan was made for the jam, so jam it was. I was worried that it might not work with all the colourful tomatoes, but I'm happy to say that the jam is just beautiful: sweet and you can taste that freshness of tomatoes. Golden yellow, thick jam with small speckles of red, green and orange pieces of tomatoes, suspended in the middle, looking almost like some expensive, foreign jewels.
How to make it...
Ingredients:
- 1 kg tomatoes, not quite ripe, green, yellowish, orange..
- 500 g sugar (I used 300 g caster sugar plus 200 g jam/preserving sugar)
- finely grated zest and juice of 1 lemon

Method:
- Wash and slice the tomatoes, there's no need to peel them.
- Put tomatoes into large pan and add 550 ml of water.
- Bring to the boil, lover the heat and simmer, covered for about an hour, until all the tomatoes are tender and almost completely disintegrated.
- Add sugars, lemon zest and juice.
- Stir over a gentle heat, to dissolve all the sugars.
- Once sugar is dissolved, boil rapidly for 15 minutes, or until setting point is reached. If using preserving sugar - follow the instructions on the packet.
- Pour hot tomato jam into sterilized jars, close the jars, let cool completely and store in a cupboard.
- Once opened, keep it in the fridge and use within 2 weeks. 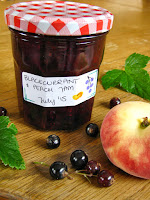 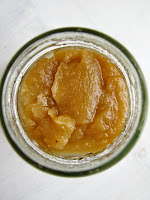 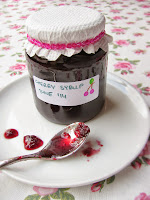 Have you made any of my recipes? Tag @anulaskitchen on Instagram and hashtag it #anulaskitchen
Budget recipes Fruit hero Preserves