April 22, 2015
You've probably heard (if not made your own or at least eaten somewhere) gratin or dauphinoise potatoes. But how about a vegan version of that traditional dish, and even better yet - how about using sweet potatoes instead of "normal" ones...? Do I have your attention now? 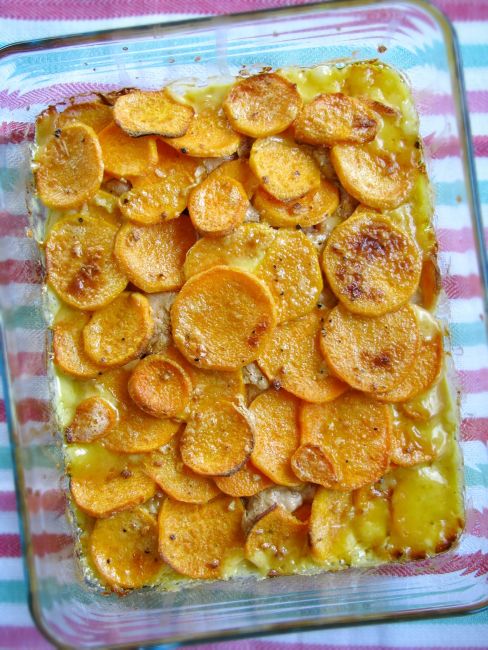 This particular recipe comes from "Veg everyday" cookbook by Hugh Fearnley-Whittingstall from River Cottage. This particular book became kind of my staple in the kitchen,  while cooking with vegetables, very often it's the very first "go to" book when I'm looking for an idea, inspiration or a recipe (it's not a vegan cookbook, but the dairy and eggs used in original recipes are easily substituted by their plant based alternatives).
Hugh's recipes have never failed me and on occasions they opened my taste buds to whole new flavour combos! Sweet potato and peanut gratin is a dish you might not think about straight away, but it works! It REALLY does! Creamy, soft and slightly sweet potatoes paired with crunchy and salty peanut butter, what's not to love?! 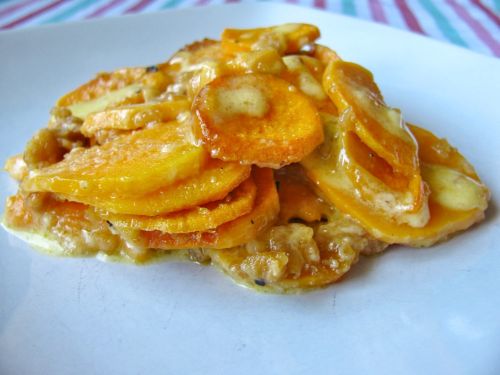 Warning -> it's a very filling and rich dish, but one that will have you quickly addicted to it.
How to make it...
Ingredients:
- about 1 kg sweet potatoes
- 2 tablespoons sunflower oil, plus a little more for greasing
- 1 red chilli, seeds removed, finely chopped, or 1 tsp dried chilli flakes
- 3 garlic cloves (or more if you're a fan), finely chopped
- 250 ml vegan double cream, or if you can't find it, plain soy yogurt will do
- sea salt and freshly ground black pepper
- 150 g crunchy, no-sugar-added peanut butter
- finely grated zest of 1 lime, plus about 2 teaspoons juice 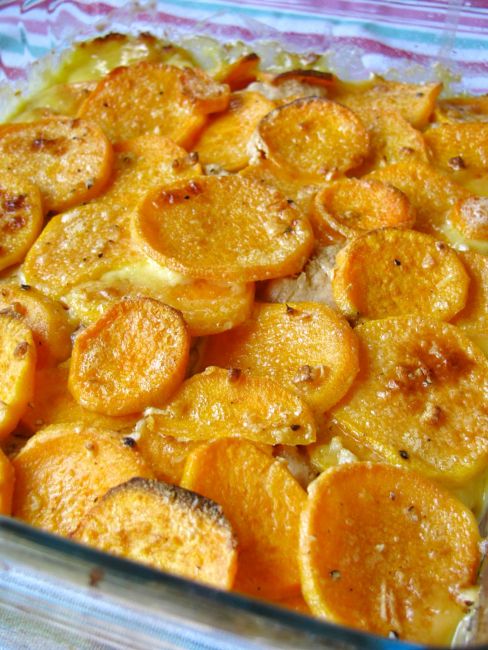 Method:
- Preheat the oven to 190 C and lightly oil a large gratin (oven proof) dish.
- Peel the sweet potatoes and cut them into slices about as thick as a 10p piece.
- In a large bowl, toss the sweet potato slices with a tablespoon of oil, chilli, garlic, cream and some salt and pepper.
- Arrange half of the sweet potato slices in the gratin dish, spreading them out with your hand – you do not have to layer them piece by piece, but try to ensure they are mostly lying flat in an even layer.
- Beat the peanut butter with the remaining tablespoon of oil, cream (or yogurt), lime zest and juice.
- Spread most of this mixture in dollops over the sweet potato layered in the dish.
- Add the remaining sweet potato and spread it out evenly.
- Pour over any remaining cream.
- Cover the dish with silver tin foil and bake for about 20 minutes, after that time remove the foil.
- Bake for a further 30 minutes or so, until the sweet potato is completely tender and the top is browned and crisp.
- For extra crispness, finish under the grill for a couple of minutes, but watch carefully as it burns easily.
- Serve piping hot with a crisp, bitter salad to balance the gratin's richness. 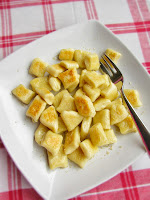 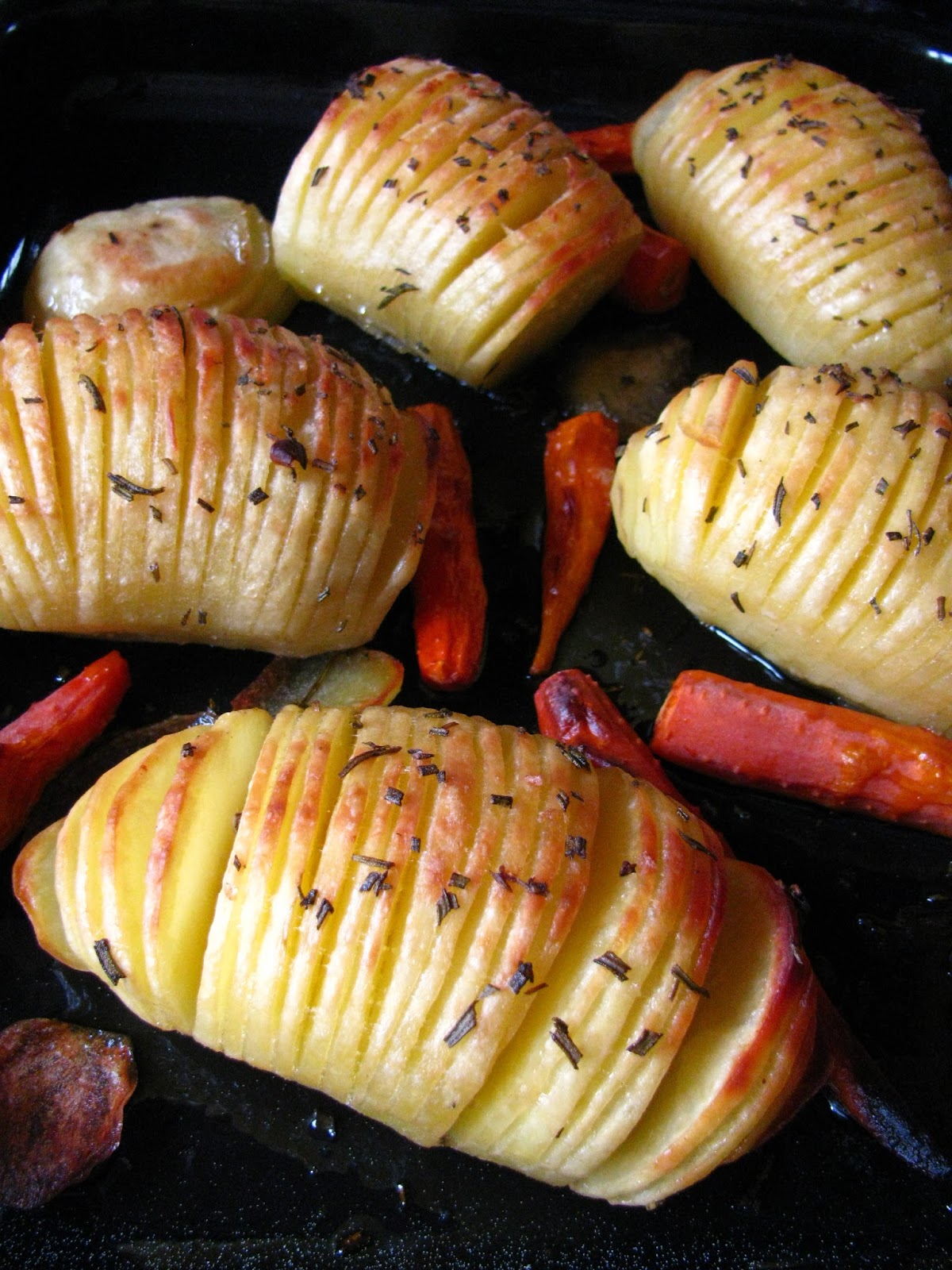 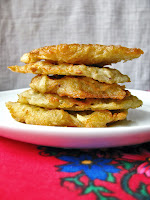 Have you made any of my recipes? Tag @anulaskitchen on Instagram and hashtag it #anulaskitchen
Recipes by others Veg hero