February 24, 2014
I wanted to make those little pancakes for ages! First, I couldn't get buckwheat flour anywhere, but literally nowhere! Then, once I got it, there was always something more important to make... isn't that the case every time you plan something? So, finally I decided - today or never! It turned out they're not difficult to make, though there's some "waiting time".
Instead of serving them with traditional smoked salmon (or caviar) I had a look through my fridge and that's what I came up with: gherkins & dill vegan cream cheese on all (Violife cream cheese or supermarket own brand will be good too), diced fresh tomato, slices of radish and diced fresh cucumber or just slices of radish on others. All seasoned with fresh ground pepper. Good result indeed, even if completely unplanned...
I highly encourage you to experiment with those little pancakes as blini's accompaniments have gone beyond the traditional caviar, smoked salmon, minced onion, chopped eggs, sour cream and a sip or two of vodka ;) 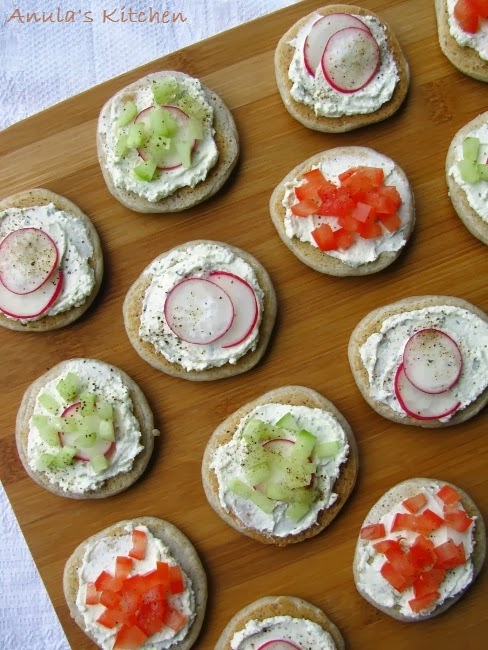 "Bliny, Russian блин blin, Belorussian бліны, bliny is a thin pancake. It is somewhat similar to a crêpe with the main difference being that yeast may be used in blini, but not in crêpes." 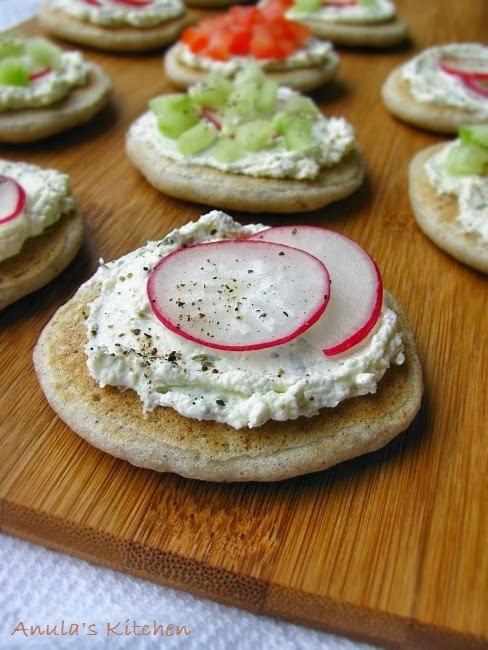 "Blini had a somewhat ritual significance for early Slavic peoples in pre-Christian times since they were a symbol of the sun, due to their round form. They were traditionally prepared at the end of winter to honor the rebirth of the new sun (Butter Week, or Maslenitsa). This tradition was adopted by the Orthodox church and is carried on to the present day"

How to make it...
Ingredients:
- 5 g yeast
- 125 ml warm oat or soy milk
- 75 g buckwheat flour
- 1 egg, separated
- pinch of salt
- oil for frying
Method:
- Dissolve the yeast in half of the warm milk and put aside for about 45 minutes.
- After that time reheat the rest of the milk add.
- Sift the flour into a bowl and make a well in the centre.
- Pour in the warm milk and the milk with the yeast.
- Mix everything well together, cover and put aside for another 45 minutes.
- Whisk the aquafaba egg with the pinch of salt until it forms soft peaks (it's i=easier to do it with a mixer than by hand, as it takes some time).
- Add beaten aquafaba to the batter and fold in gently.
- Take small spoonful of batter and place on preheated and oiled pan.
- Fry on the first site till bubbles start to appear on the surface, flip to the other side and fry until lightly golden.
- Repeat with the rest of the batter until you fry it all. 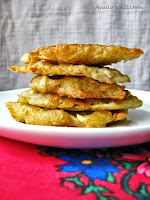 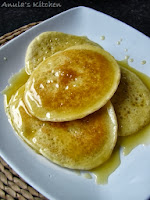 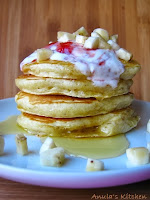 Have you made any of my recipes? Tag @anulaskitchen on Instagram and hashtag it #anulaskitchen
Cuisine - food from around the world