October 12, 2012
Before living in Ireland, I have never ever heard about something called Piccalilly... Well, that's a shame, cos I've missed actually on quite a lot! I've tried Piccalilly for the very first time only about a month ago. It wasn't made by me, but bought at a local farmers market. It was quite nice, but... way too acidic and sour for me. 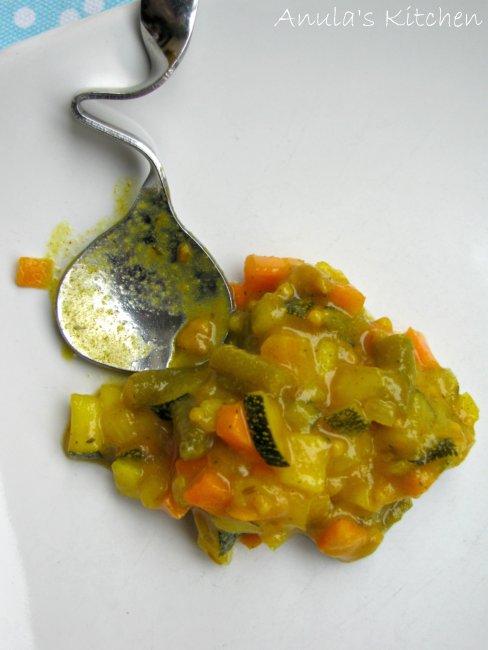 I like the idea of Indian spices mixed with different veggies, so decided to make it myself. Turned out it's not difficult at all! Found a good recipe, the kind of a recipe you can trust, when making something for the very first time - recipe taken from a book "Preserves" by Pam Corbin, who's a resident author of few River Cottage Handbook series. I've changed it ever so slightly though, swapped the honey with maple syrup and as I really don't like vinegar at all, I used less and swapped the rest of the quantities for pure water. That's the "acidic level" just perfect for me.

"Piccalilli is a Western interpretation of Indian pickles, a relish of chopped pickled vegetables and spices; regional recipes vary considerably. (...) The Oxford English Dictionary traces the word to the middle of the 18th century when, in 1758, Hannah Glasse described how "to make Paco-Lilla, or India Pickle". The more familiar form of the word appears a decade later in a book for housekeepers in a section on how "to make Indian pickle, or Piccalillo". The spelling "piccalilli" can be seen in an advertisement in a 1799 edition of The Times." - by wikipedia.org

Method:
- Cut all the veggies into small, even bite-sized pieces. Place in a large bowl and sprinkle with the salt. Mix well and cover with cling film.
- Leave in a cool place for 24 hours.
- After that time rinse the veg with ice-cold water and drain thoroughly.
- Blend the cornflour, turmeric, mustard powder & seeds, cumin and coriander into a smooth paste with a little bit of vinegar.
- Put the rest of the vinegar into a bigger saucepan with the sugar and the syrup and bring to the boil.
- Pour a little of the hot vinegar over the spice blend and mix well, then return into the saucepan.
- Bring gently to the boil and boil for 3-4 minutes so the spices can release their flavour.
- Remove the pan from the heat and fold the well drained veggies into still hot sauce.
- Pack the pickle into a warm, sterilized jars and seal immediately with vinegar proof lids.
- Leave (if you can) for at least 4-6 weeks before opening.
- Use within a year. 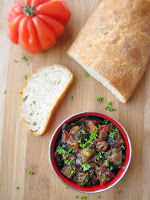 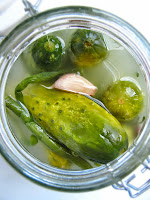 Have you made any of my recipes? Tag @anulaskitchen on Instagram and hashtag it #anulaskitchen
Preserves