on July 11, 2020
One of the comments that I got on Instagram after posting this photo was "I didn't know cauliflower had wings!". Well, of course they don't, but we're so used to naming familiar things a certain way, that it's simply easier and quicker, than starting to explain to someone what that dish actually is. So, for the lack of other nomenclature, and for the purpose of this recipe - yes, cauliflower have wings ;P 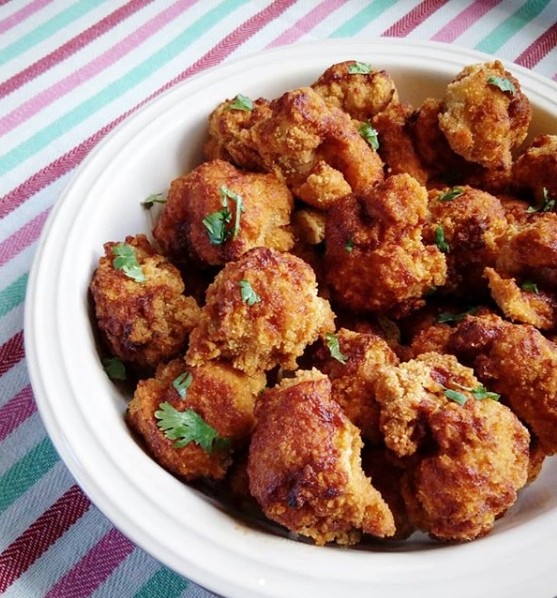 This dish, or rather an appetizer/nibble is soooo comforting. Hot, spicy, crunchy - all you're expecting from finger foods. The below recipe doesn't "belong" to me, it comes from BOSH boys, a duo that I highly recommend you get familiar with, if you're a herbivore, or simply want to cook and eat more veggies! 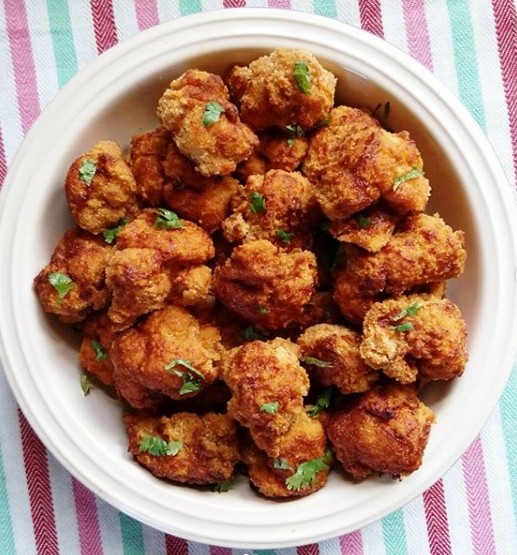 How to make it...
Ingredients:
- 1 large head of cauliflower
- 150 g plain flour
- 300 ml plant-based milk
- 2 tsp garlic powder
- 1 tsp onion powder
- 1 tsp ground cumin
- 1 tsp paprika
- 1⁄2 tsp salt
- 1⁄4 tsp black pepper
- 100 g panko breadcrumbs
- 120 g dairy-free butter
- 200 g buffalo hot sauce or other hot sauce of your choice
Preheat oven to 180°C. Break the cauliflower into florets and cut the stem into bite-sized pieces.  Put the flour, plant-based milk, garlic powder, onion powder, cumin, paprika, salt and pepper into a bowl and whisk to a batter. Pour the panko breadcrumbs into another bowl and rub them between your thumb and fingers to break into slightly smaller breadcrumbs. Tip the cauliflower into the batter and toss to coat. Transfer to the bowl of breadcrumbs, a few pieces at a time, and toss gently until well coated. Spread the cauliflower pieces over the lined baking trays and bake for 20 minutes.  Meanwhile, melt the dairy-free butter in the microwave and stir in the hot sauce.
After 20 minutes, remove the tray from the oven, pour over the hot sauce and carefully roll the cauliflower around until the pieces are fully coated. Put the tray back in the oven for 20–25 minutes, until a sharp knife glides into the thickest parts of the cauliflower and the outsides are really golden brown and crispy. Remove from the oven. Serve the cauliflower wings while they’re still hot.
The original recipe includes a ranch sauce, but I gave it a pass, as I prefer to dunk my hot cauli wings in plain vegan mayo.
Smacznego!
You may also like: 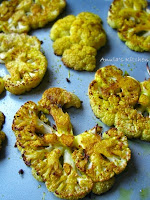 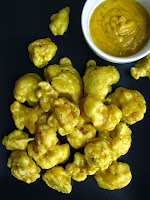