February 16, 2015
Since I came to Ireland, those good few years ago, I had tried bread & butter pudding on many occasions. You can have really bad luck and get a pudding that's tough like a brick (which happened to me once in a really good restaurant, of all the places...) or you get rubbery bread and butter pudding, or really a tasteless one.
Sometimes you might be lucky and get bread and butter pudding that's really soft, moist, not too sweet and full of flavour, but... nothing beats a home made, fresh from the oven, still warm pudding - especially that it's extremely rare to get vegan version of this popular dessert when eating out. 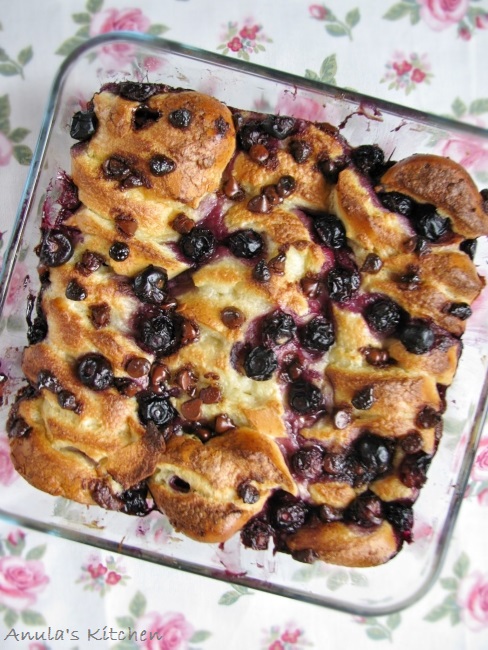 "Bread and butter pudding is made by layering slices of buttered bread scattered with raisins in an oven dish into which an egg and milk (or cream) mixture, commonly seasoned with nutmeg (and sometimes vanilla or other spices), is poured (...) The earliest bread and butter puddings were called whitepot and used either bone marrow or butter." - by Wikipedia.org 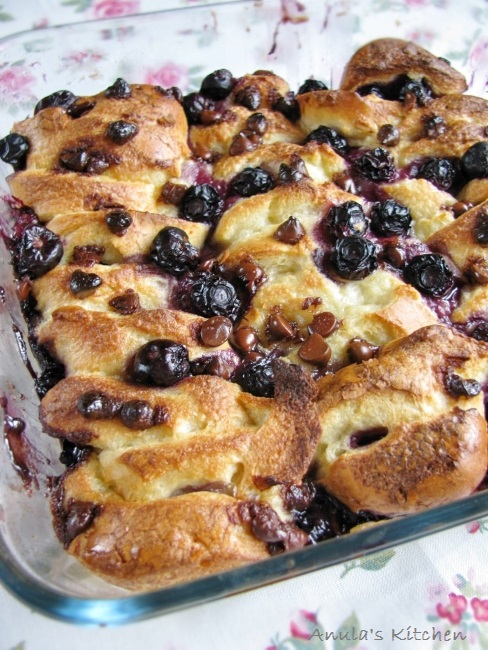 The below recipe comes from trial and errors with this iconic dessert. It's a bit tricky to make the custard just right, so it's not a bowl of milky fluid, but at the same time it's thin/loose enough to soak properly into the bread and bake beautifully.
How to make it...
Ingredients:
- 40 g vegan butter
- 4 slices of white bread, crust removed (I used 1 1/2 slightly stale semi baguettes)
- 2 tablespoons vegan chocolate chips
- 1/2 cup fresh blueberries
For the custard:
- 3 tablespoon maple syrup
- 3 tablespoon golden caster sugar
- 1 teaspoon vanilla bean paste
- ½ tsp cinnamon
- 600 ml oat, soy or almond milk (make sure it's unsweetened)
- 2 tablespoon cornflour
- 4 tablespoon water

- Use 15 g butter to grease an ovenproof dish.
- Spread the remaining butter over the bread.
- Cut the bread into small triangles and layer in dish sprinkling with chocolate chips and blueberries between layers.

- To make the custard: warm the dairy free milk in the saucepan over a medium heat.
- When the milk reaches a gentle simmer, add the sugar, maple syrup, vanilla extract, cinnamon and stir them into the milk.
- Pour the water and cornflour into a small bowl and mix with fork to make a smooth slurry.
- Pour the slurry into the pan and stir it into the custard.
- Taste the custard and add and more flavouring to suit your taste.
- Turn the heat up so the custard reduces by ¼ and thickens slightly.
- Pour the mixture over your layered bread.
- Leave to soak for minimum 30 minutes.
- Place the dish in the large roasting tin.
- Pour boiling water into the tin to come at least halfway up the sides of the dish.
- Bake in a preheated to 180 C oven for 30-35 minutes. Increase the oven temperature to 190 C and bake for further 5 minutes or until crisp and golden on top and just set.
- Serve warm with cream. 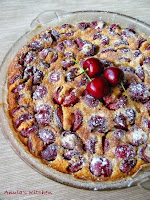 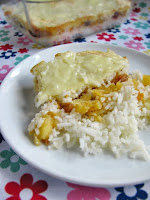 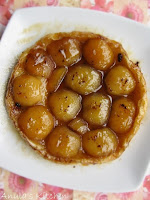 Have you made any of my recipes? Tag @anulaskitchen on Instagram and hashtag it #anulaskitchen
Budget recipes Cuisine - Irish Desserts cold & hot