on September 22, 2014
Pasta with sauce that you can prepare in one pan, and all within 15 minutes, including the "chopping" part? Yes, that's possible and what's more - it will also taste great! I found the recipe on Food52, but as it turned out, it's one of Martha Stewart's inventions. The dish proved to be super quick, easy and delicious. I was really surprised as to how much flavor it had: from the garlic, onion and tomatoes. The amount of water, which during cooking turned into a delicate (if not rather thin) sauce, was just enough.
I had to improvise a little bit with the ingredients that I had available at hand, didn't have enough of cherry tomatoes and no fresh basil, but dry herbs, added at the very beginning, worked the treat. Used paprika powder instead of flakes, which gave that little hint of taste and, by far the biggest change I've introduced (and quite "luxurious" one too), was substituting olive oil for... truffle oil! As a result, a simple dish of pasta and tomatoes, turned out to be very flavorsome and perfect to make on a busy day. 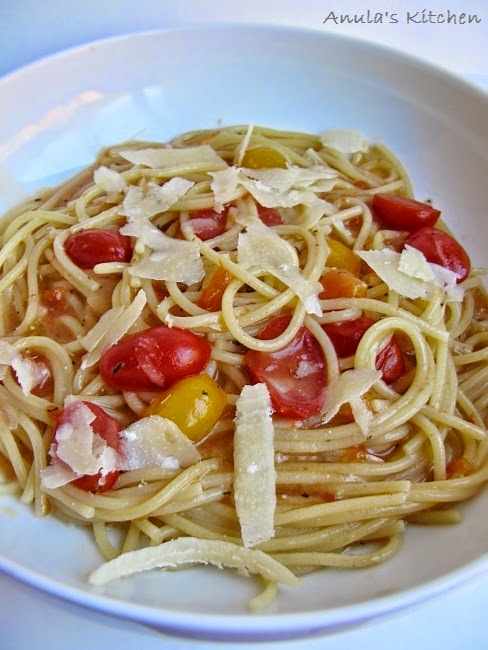 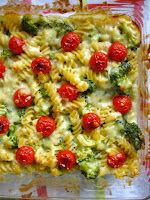 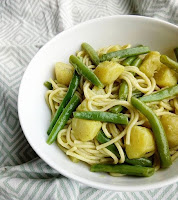 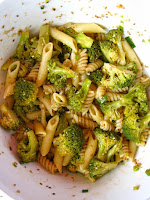