May 05, 2013
First time making churros and... a good time. Perfect little "doughnuts", perfect as an accompaniment to your coffee, or better yet - a thick hot chocolate. In Spain it's also something eaten for breakfast and you can't blame them - indeed it's a great way to start a day!
The recipe is very easy and the process, which leads to making those little treats, is even easier. They are addictive though, so consider yourself warned... By they way, they reminded me a little of Italian struffoli, which I completely adore too. 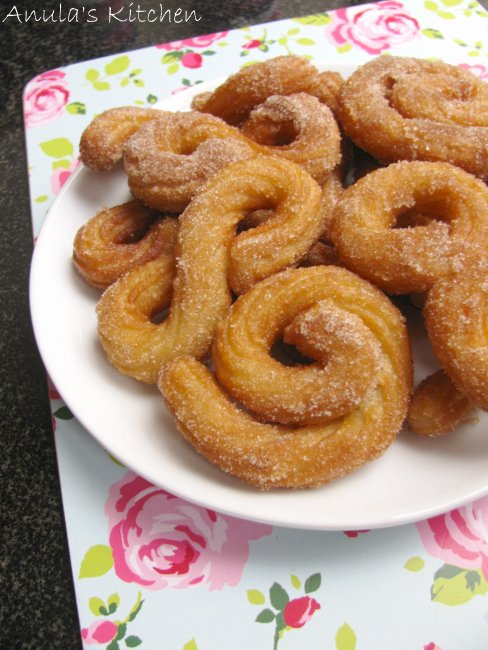 "A churro, sometimes referred to as a Spanish doughnut, is a fried-dough pastry - predominantly choux-based snack" - by Wikipedia.org 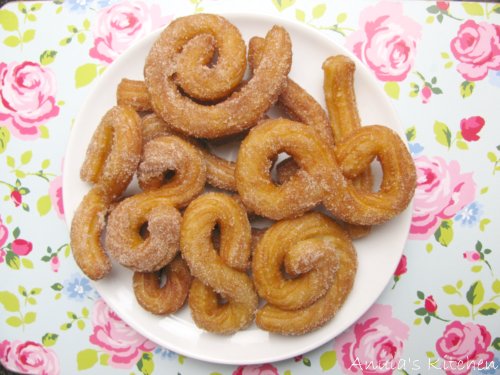 Method:
- Stir the flour, baking powder, salt and sugar on a plate.
- Put the water and oil in a pan and bring to the boil.
- Take the pot off the heat and tip the flour mixture into the pan and beat with a wooden spoon until the mixture forms a stiff paste.
- Leave to cool for few minutes.
- Oil a large baking sheet. Spoon the dough into a piping (pastry) bag. Pipe little coils or "S" shapes on to the baking sheet.
- Heat 5 cm of oil in a large pan to 170 C or until a little piece of dough dropped into the oil sizzles on to the surface.
- Using an oiled metal spatula, lower several of the piped shapes into the oil and fry for about 2 minutes until just slightly golden.
- Drain the churros on the kitchen paper.
- Sprinkle plenty of sugar in to a plate and stir in a little cinnamon (if you don't like the cinnamon just omit it, I actually prefer churros with plain sugar).
- Dip your fried churros in the sugar to coat.
- Cook the remaining churros in the same way and serve. 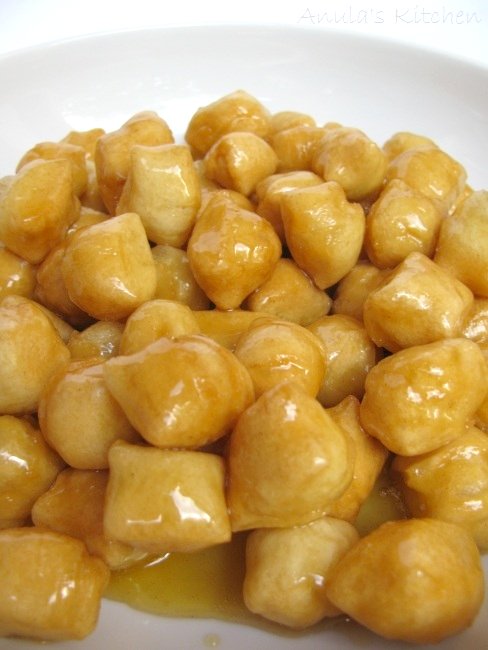 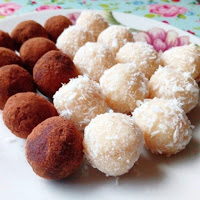 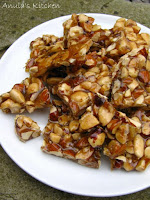 Have you made any of my recipes? Tag @anulaskitchen on Instagram and hashtag it #anulaskitchen
Baking - Cookies & Bars Cuisine - food from around the world